So my last post was looking back on 2014, re-capping on my achievements throughout the year, and rounding up with a compilation of work. Doing this has lead onto a great start for 2015 (even though we’re four months in already).

April 11th saw me play my first live gig as 5th Spear at this years ‘Dim Swn’. This was a one day event held by co-founders John Rostron and Huw Stephens. The event first started back in 2007, and was quickly labelled ‘Best Small Festival’ by NME magazine after a great line up held in 2013.

2015’s ‘Dim Swn’ was held only for one day, seen as a taster for a longer weekend event to be held possibly later this year, and saw some great artists come to play for an amazing audience. Below is a playlist put together on Soundcloud of the artists who played this year.

So being my first gig, there were of course some hiccups, but I’m told nothing noticeable. It was great to get to play to a crowd, it’s been way too long since I’ve had such an experience, and found myself exhausted after the fact.

Photographer Gareth Bull attended the gigs held at Clwb Ifor Bach and managed to get some great photos from the night.

He was generous to send over some photos he took of my set and was kind enough to let me post them. Check them out over on my Facebook page at https://www.facebook.com/5thspear 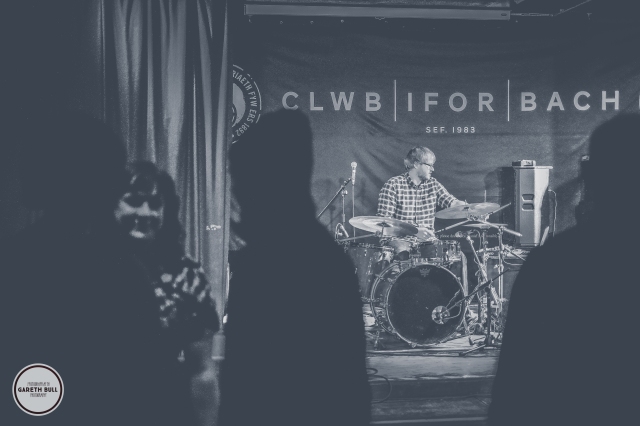 Off the back of my set at Dim Swn, I’ve now been offered a small handful of gigs, and I’m really looking forward to my next one supporting both Blood Sport, and Giant Swan. I’m insanely excited to see both of these acts. Blood Sport being compared to bands such as ‘Battles’, and Giant Swan making loud techno-ish noises using guitars and FX pedals, which all looks like a hella lot of fun. You can buy tickets here and check out the even on Facebook here

Well I hope to see some of you at the next couple of gigs, and hopefully this year is going to be as productive as the last x